Throughout the year, our students, faculty and staff join together to support a great cause – the race to cure breast cancer. That’s why we take an active role in supporting Susan G. Komen® via the Race for the Cure®. 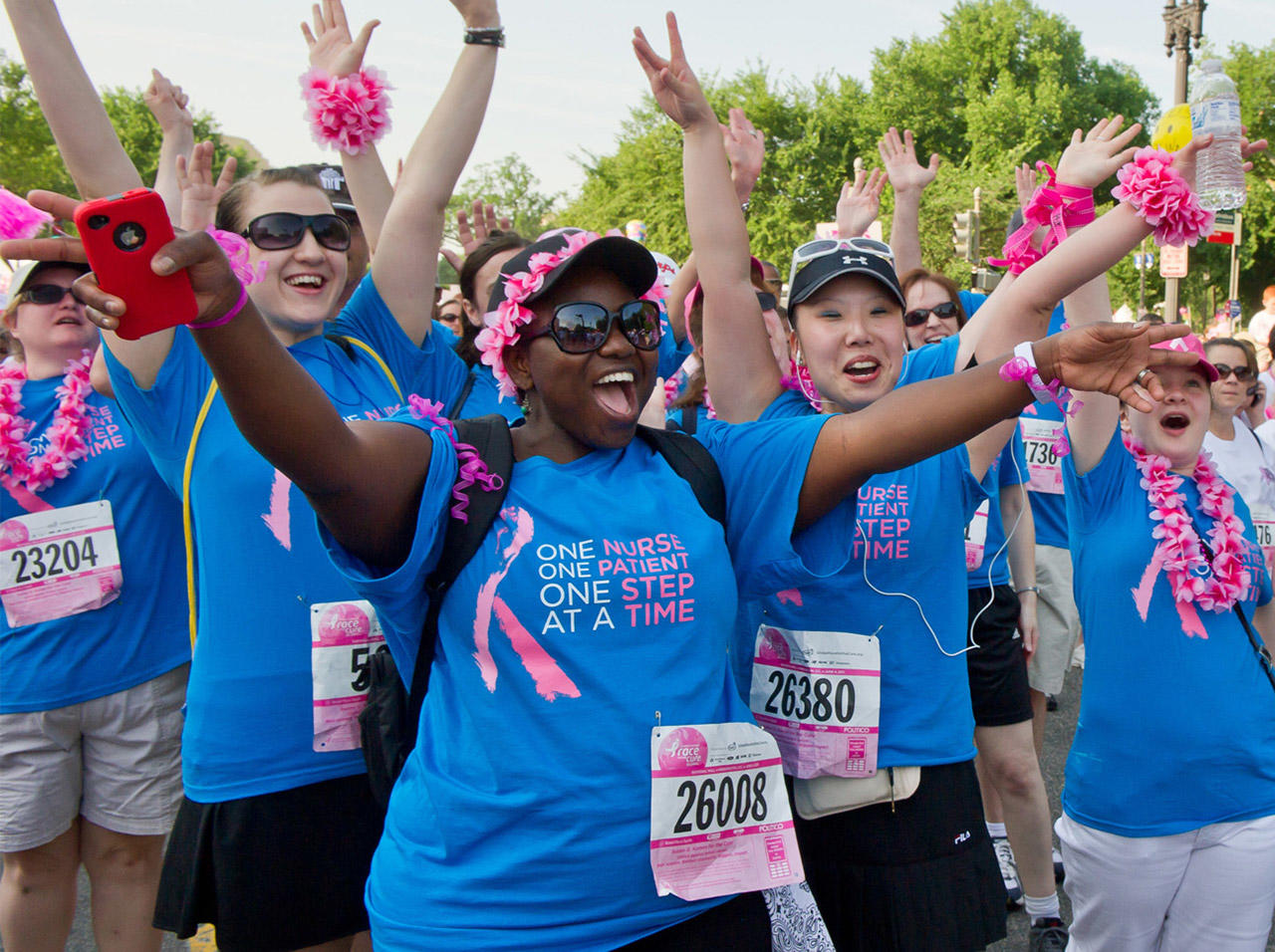 The Race for the Cure series of 5K runs and fitness walks raises awareness for the breast cancer movement, celebrates breast cancer survivorship and honors those who have lost their battle with the disease.

Chamberlain campuses across the nation participate in their local Race for the Cure events, building teams and walking together in support of the cause. Since 2008, we’ve participated in over 60 Race events and have received several honors, including: 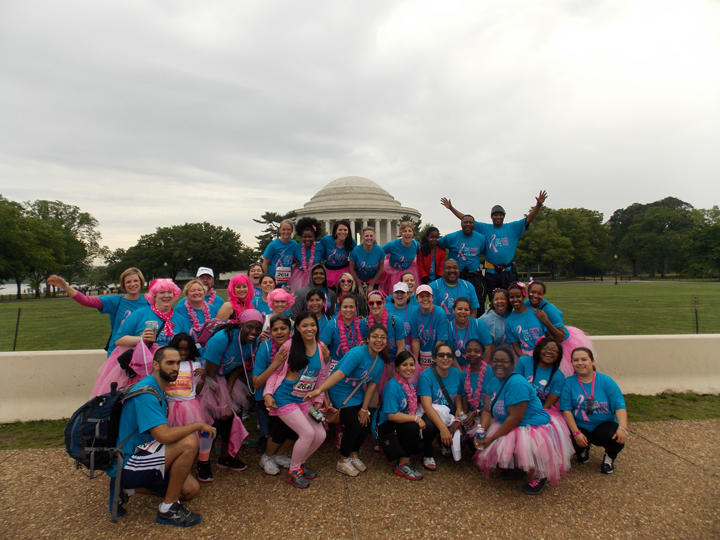 Team Chamberlain & Tutus at the Komen Global Race for the Cure

The Student Nurses Association at Chamberlain’s Arlington, Virginia campus made and sold pink tutus to raise money for the team. In two days, they made nearly 40 tutus and raised more than $400 for the cause. Read More. 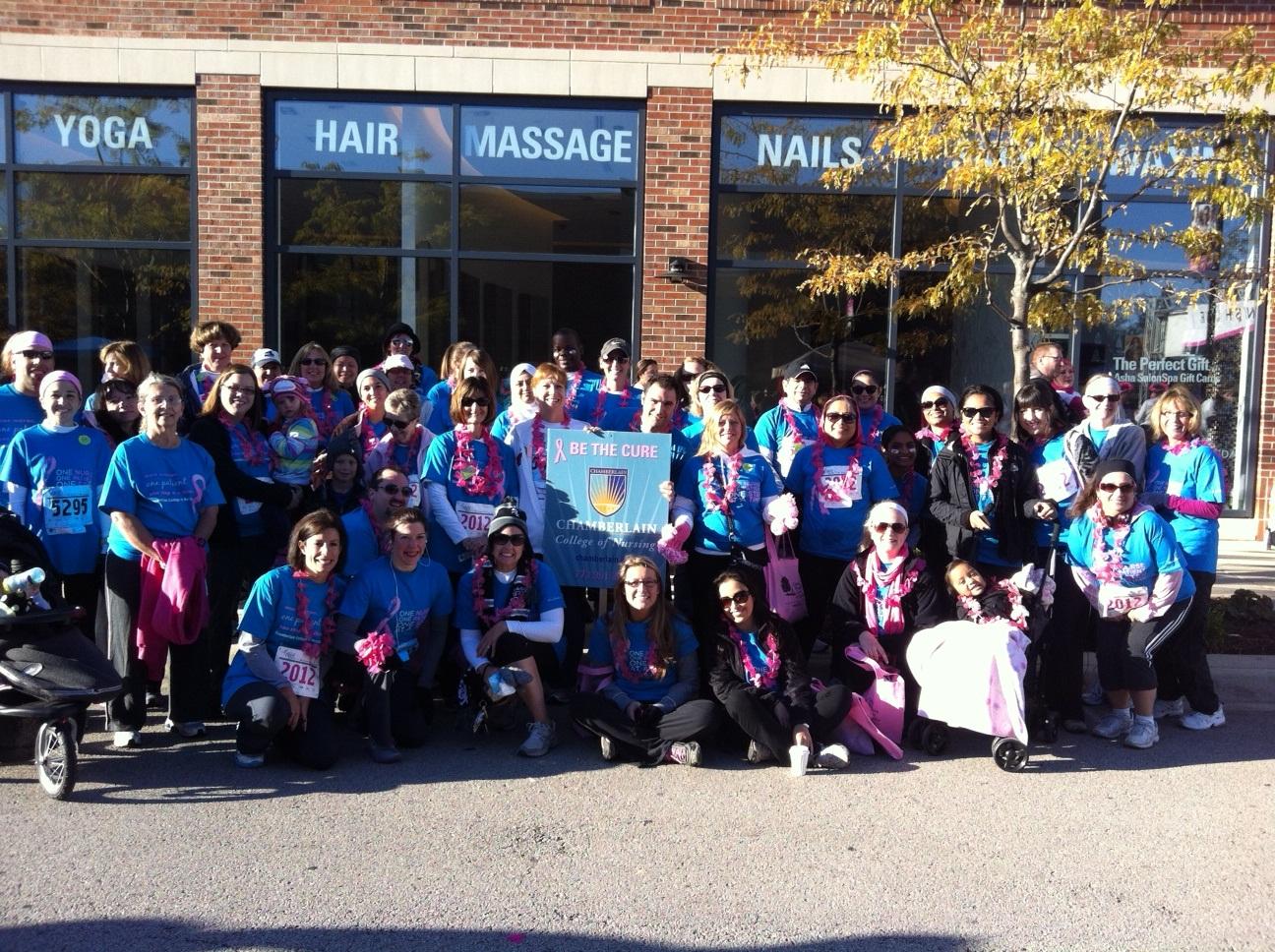 Watch time-lapsed footage as thousands of participants, Chamberlain students, faculty and staff included, take part in the 2012 Race for the Cure in Chicago.

Walk, jog or run, all that matters is that you have fun! Read More. 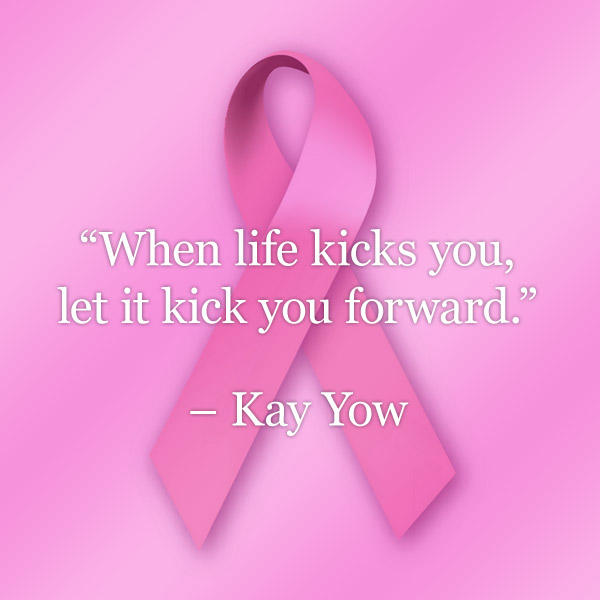 To encourage breast cancer awareness, we’ve put together breast cancer quotes to inspire, give hope and push forward those battling the disease.

Approximately 1 in 8 women in the U.S. will develop invasive breast cancer during their lifetime, according to www.breastcancer.org. Read More.

You can read more about students involved in the Race for the Cure and other care causes by visiting the Chamberlain blog.

Watch students, faculty and staff as they take part in the Race for the Cure in Chicago

“We’re trying to get the message across worldwide that breast cancer is a serious disease and it needs to get detected early,” said Melinda Jamis, student at the Addison, Illinois campus. Students like Melinda came to offer support for other runners, breast cancer survivors and anyone whose life has been touched by the disease. Watch the video.