Nurses Must Ask All Patients, “Have You Ever Served in the Military?” 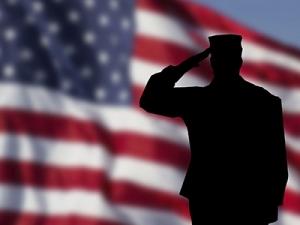 Military service can involve occupational health risks as severe as those one might experience from being a part of a hazmat team. Yet many patients with military backgrounds do not notify medical professionals of their service.

Linda Schwartz, DrPH, MSN, RN, commissioner of the Connecticut Department of Veterans’ Affairs (VA), says nurses can play a critical role in identifying veterans’ health risks that may be associated with wars and other military deployments.

“Many veterans are not aware certain health issues could be a result of their military service,” she explained. “Nurses are some of the first faces our veterans see in healthcare settings. They are uniquely positioned to identify military veterans and help them receive the specialized support and resources they deserve.”

Have you ever served in the military?

Prostate cancer, type 2 diabetes, viral hepatitis and ischemic heart disease are just a few of the many diseases more common among military veterans.[1] Dr. Schwartz and members of the National Association of State Directors of Veterans Affairs hope to bring attention to these health risks by supporting the American Academy of Nursing (Academy) campaign, Have You Ever Served in the Military?

According to the Academy, Have You Ever Served in the Military? represents a commitment to First Lady Michelle Obama and Dr. Jill Biden’s Joining Forces campaign to mobilize all sectors of the community to support veterans and their families.

Dr. Schwartz, who served as an Air Force nurse during the Vietnam War, says many veterans don’t exercise their VA health benefits due to inconvenient appointment times and locations.

Today, a fraction of eligible veterans receive healthcare services through the U.S. Department of Veterans Affairs. Of the 22 million veterans, roughly 5.7 million – about one quarter – received care through the VA health system in 2013.[2]

“Veterans are authorized to enroll in VA healthcare for the five years following their return, yet only 58 percent of Iraq and Afghanistan veterans do,” she explained. “Hundreds of thousands of veterans seek healthcare outside of the VA, and many do not realize their health problems can be the result of military service.”

A 2011 survey revealed that 56 percent of community-based mental health and primary care professionals did not ask patients whether they have ever served in the military.[3]

The front lines of healthcare

Dr. Schwartz encourages nurse educators to build Have You Ever Served in the Military? into their curriculum. Chamberlain College of Nursing supports the Academy’s campaign and educates its students about the role they serve on the front lines of healthcare when it comes to identifying possible health factors or illnesses related to military service.

For working nurses, the Academy offers a pocket card listing the most common health concerns linked to military service, as well as questions the provider should ask the veteran. They include:

“It’s up to us as nurses to raise awareness among the healthcare providers who are face-to-face with the veterans, not just the directors of programs,” Schwartz added. “Together, we can improve the quality and accessibility of care for millions of military veterans in the national healthcare system.”

[1] "Intake Questions." Have You Ever Served in the Military? American Academy of Nursing, n.d. Web. <http://www.haveyoueverserved.com/intake-questions.html>.