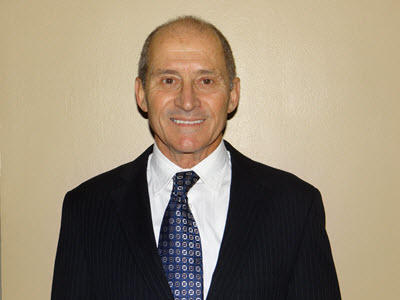 More than 20 years ago, nurse Dan Stahl assisted with a car accident victim on the scene. As Stahl performed CPR, the paramedics and other medical personnel were unable to start an IV on the patient.

“There was nothing we could do to save his life. He died,” said Stahl, a student in the RN to BSN Online Degree Completion Option. “And I thought to myself, ‘How? What happened? Why couldn’t we save him? Why couldn’t we get this IV going?’”

Those questions would ultimately lead to his invention of the Stahl Rolling Tourniquet, now known as the BOA® Constricting Band, a device that allows medical personnel to start IVs on patients with no cardiac output.

“Imagine a donut being placed on the arm – you stretch it out and snap it together on the arm,” Stahl said. “The band puts pressure on the arm as you roll it down towards the hand. When you do so, it milks the blood that’s in the artery back into the capillaries and veins. You can then start the IV and push the drugs, fluids or blood – whatever is appropriate for the clinical situation.” See a video demonstration here.

Stahl spent years bringing his idea to fruition – developing the product, going through the patent process, getting the rolling tourniquet FDA-approved and bringing an investor on board. He built crude prototypes himself with bungee cords and hooks. He had fire rescue teams and large healthcare systems test his device. He teamed up with a neighbor, a tool and die man, who helped him create a mold for the product. He traveled across the U.S. selling his invention.

“I don’t consider myself a really smart person,” he said. “I’m average, but I’m tenacious. I go after something and I just keep going, and keep going. I’ll have failures, but the road to success is lined with failure.”

In 2006, he sold the product to North American Rescue® LLC, who sells to the U.S. military. It was a move that ensured his legacy, as the IV start rate went up 70% with the military’s use of the device in Iraq and Afghanistan.

“They use this device in Iraq and Afghanistan to save our soldiers’ lives,” Stahl said. “When you’ve got a young person that has a massive wound and he’s bled out more than 30% of his blood, if you can’t start an IV out in the field they will die. But if you can start that IV out in the field and get them fluids, and keep their blood pressure up until you can get them back to a hospital to do surgery, you can save lives.”

Since selling his invention, Stahl has moved from his role in intensive care nursing to a role as a nurse educator in an associate degree program. While he has some ideas for other inventions, he says his focus is on his education in the RN to BSN Online Option so that he can teach for a higher degree program.

”I love teaching students and being a facilitator for them and helping them,” he said. “I love when they call me up and tell me they just got their nursing license. I’m working very hard on my degree, and now as I’ve seen that I can do it, I’m going to continue on for as long as I can – I’m going to go all the way and see if I can get my APRN or NP or Ph.D.”

As an inventor, Stahl says he loves how Chamberlain’s program encourages you to read and then investigate. He has also connected with one of his professors, Jean Lamblin, MSNeD, RN, LHRM, who was surprised to find out her student’s background.

“I actually used his product when I was a flight nurse,” she said. “I thought it was brilliant because before we had to use three tourniquets in order to accomplish the same effect, but it took longer and was more cumbersome. Who knew I would actually have the chance to meet the inventor!”