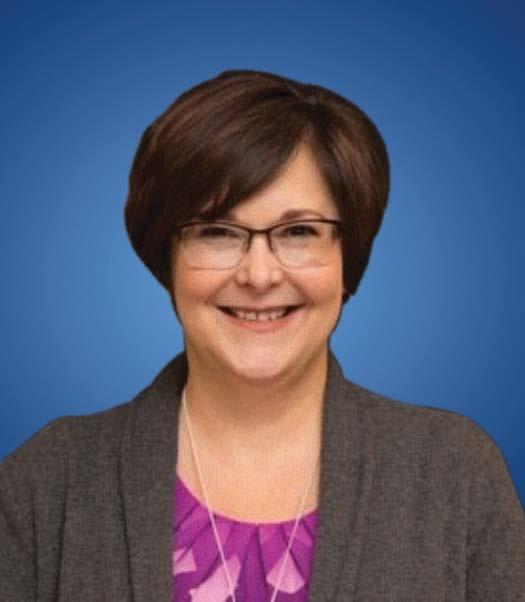 Dr. Stacey Borasky Ferguson was appointed dean of Chamberlain University’s Master of Social Work (MSW) degree program in May of 2019. She is responsible for overseeing the implementation of the MSW curriculum, course objectives and program outcomes while ensuring Chamberlain’s philosophy of Chamberlain Care® is integrated into the program. In addition, she is responsible for managing and providing support of course development, student assessments, accreditation and the overall daily operations of the MSW degree program.

Prior to joining Chamberlain, Dr. Borasky Ferguson served as Director of Accreditation for the Council on Social Work Education (CSWE) where she oversaw operations for the Department of Social Work Accreditation. She was responsible for supporting programs prior to application for candidacy and providing consultation and training on accreditation processes and standards to all accredited programs. She planned and led Commission on Accreditation meetings, working closely with the leadership of the Commission and representing the Commission to the public. Dr. Borasky Ferguson also worked closely with government relations staff of CSWE to educate Congressional representatives on issues facing social work education. In addition, she played an active role in many national level accreditation organizations and committees and presented frequently at national conferences.

Dr. Borasky Ferguson has earned many accolades throughout her career, in 2012 she was nominated for U.S. Professors of the Year Award sponsored by the Carnegie Foundation and was a two-time finalist for the Distinguished Teaching Award at St. Edwards’s University. In 2011, she won the Outstanding Advisor Award from Student Life for advising the Social Work Student Association. Dr. Borasky Ferguson is the lead author of Navigating Policy and Practice in the Great Recession, and co-author of Caught in the Storm: Navigating Policy and Practice in the Welfare Reform Era, both published by Oxford University Press. Dr. Borasky Ferguson is also very engaged within the field of social work and has dedicated significant time to community service at various organizations such as Child Protection Roundtable in Texas, the Austin Resource Center for the Homeless, Salvation Army and Rutherford County Council for Children and Youth in Tennessee. Dr. Borasky Ferguson earned her Master of Social Work from West Virginia University and her Doctor of Education from Tennessee State University.