40 Years After Becoming a RN - Finally a BSN! 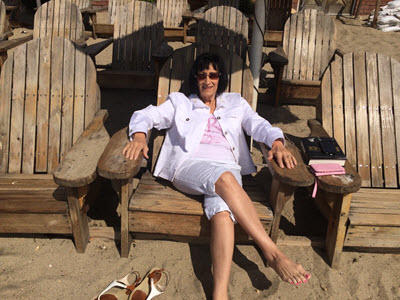 Joyce Ellis earned her nursing diploma in 1974 from the Los Angeles County Medical Center School of Nursing. In the years following, she developed a specialty in endocrinology as a Certified Diabetes Educator.

“The wonderful thing about endocrinology, and in particular diabetes, is that it affects every body part, from the top of your head to the bottom of your toes,” she said. “People feel absolutely devastated when they’re told that they have diabetes, and I’m able to walk the path with them, help them understand the disease process and teach them the self-management skills they need. Seeing them use those skills to improve their outcomes and reduce the risk of complications is probably my absolute best reward.”

Ellis had thought about going back to school for her BSN since early in her career – but as a single mother of four, she decided it would have to wait. When she began looking for a new career opportunity in 2013, she found that they were limited despite her decades of experience.

“Suddenly, for the first time in my career, applications were not even looked at because there was no BSN on that resume,” she said.

Ellis said she knew it was time to jump in feet first and earn her BSN. She enrolled in Chamberlain’s RN to BSN Online Degree Completion Option and graduated in June 2015.

“My son told me to put my diploma somewhere where I can look at it every single day,” she said. “I decided to put it in my living room. Every time I look at where it says Bachelor of Science in Nursing, President’s Honors, I want to cry because I know what went into that.”

The road to earning a BSN was certainly not always easy for Ellis, who was also working and caring for her senior parents while in school. During her final two courses at Chamberlain, her mother passed away and her father had open heart surgery.

“It was very, very difficult,” she said. “I just pushed forward because I had a goal.”

Ellis’ perseverance paid off quickly – while in her final classes, she applied for a position and was rejected on the pre-screen because she lacked a BSN. She immediately called the recruiter and explained she was a month away from graduation – and ended up being interviewed and offered her new position at DaVita Healthcare Partners.

“I did it for me, and I’m really proud,” she said. “The first time I wrote BSN, RN, CDE was amazing. In my Capstone course, the professor explained why you put the BSN first – because your license could at some point be pulled, but no one can ever take your Bachelor of Science in Nursing. That will be with me forever.”

Ellis recently shared her advice for getting the most out of the RN-BSN Online Option. Read her tips here.