Melissa Kline, MSN, RN, NEA-BC, a student in the Doctor of Nursing Practice (DNP) program at Chamberlain, has been named vice president of nursing and chief nursing officer of the MetroHealth System in Cleveland, Ohio.

In her new role, Kline will be responsible for leading a staff of nearly 2,000 nurses and overseeing all aspects of nursing with a special focus on quality and operations of the system’s nursing enterprise, including both the medical center and all ambulatory sites.

Kline joined MetroHealth in 1998 as a clinical nurse, and her transition to management happened organically, as she first began taking on more leadership projects within her unit.

“I started doing the schedule, I worked on some performance improvement projects and I precepted students and new nurses to our unit,” she said.

She went on to hold positions as assistant nurse manager, nurse manager, director of nursing operations and professional development, and most recently, associate chief nursing officer. Throughout her time at MetroHealth, Kline says the people she works with have been her favorite part of the job.

“Our nurses do amazing work every day,” Kline said. “I am always impressed with their dedication to the patient population and commitment to providing great care.”

This past year, Kline oversaw the system’s Magnet® redesignation, a program through the American Nurses Credentialing Center (ANCC) that recognizes organizations with superior nursing processes and quality patient care. Approximately 7% of hospitals have achieved this designation, according to the ANCC.

Also last year, Kline started the DNP degree program at Chamberlain with hopes it would inspire other staff to continue on with their education and professional development.

“We are encouraging our nurses to go back and get their bachelor's degrees – we would like to be 80% BSN by 2020,” she said. “I thought it was important as our nursing leader to have one of the highest possible degrees in nursing and model lifelong learning.” 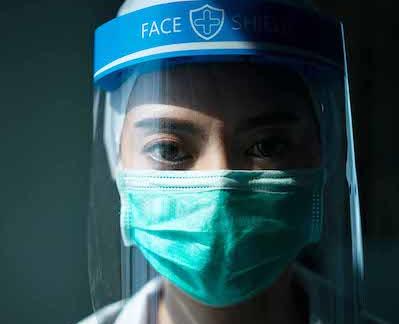