Lessons from the Aurora Tragedy: The Critical Role of Disaster Preparedness for Nurses 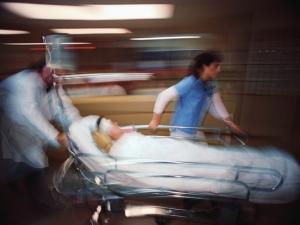 Following the recent tragedy in Aurora, Colo., hospitals in the area were flooded with victims suffering from gunshot wounds. Without enough operating rooms or surgeons to meet the influx of victims, hospital staff quickly activated their disaster-response plans and maintained control of the situation.

"Initial local resources were overwhelmed," Richard Zane, chairman of the department of emergency medicine at the University of Colorado Hospital’s campus in Aurora, recently said in USA Today. "There's no question the level of preparedness saved lives."

The effective medical response in Aurora was a grim reminder of the importance of nurse training for multiple-casualty and mass-casualty events. In a recent webinar, “Disaster Preparedness for the Bedside Nurse,” on July 10, Chamberlain online faculty member Charlene Romer discussed how nurses could prepare for the unexpected.

“Disaster can strike anytime, anywhere and it takes many forms,” Romer said. “Lack of preparation can undermine our safety and wellbeing, as well as those under our care.”

Below, find a few important reminders for emergency and bedside nurses to effectively respond in disaster situations:

For much more on the nurse’s role during disaster, including a nursing-informatics view on protecting patient records from Chamberlain’s Toni Hebda, watch “Disaster Preparedness for the Bedside Nurse”.