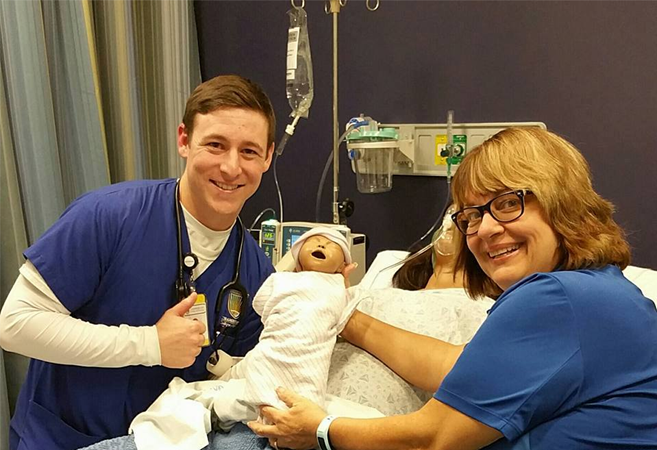 Nurse educator has been named one of the top 10 most in-demand jobs in Chicago for 2017 by Crain’s Chicago Business.

Nursing faculty made the list as nursing schools in Illinois don’t have enough educators for bachelor and advanced-degree nursing programs, Crain’s noted.

Nursing schools in the U.S. turned away nearly 69,000 qualified student applicants in 2014, according to a recent report from the American Association of Colleges of Nursing (AACN).

“Almost two-thirds of all nursing schools responding to the survey reported the faculty shortage as a reason for not accommodating all qualified applicants in their programs,” he said. “In addition, a wave of faculty retirements is expected across the U.S. over the next decade, which may further diminish the population of nurse faculty.”

In addition to being an in-demand position, nurse educators benefit from lifelong learning, act as a leader in the nursing profession and much more. [Read Top 5 Reasons to be a Nurse Educator.]

Are you interested in shaping the next generation of nurses? Chamberlain College of Nursing is hiring for nurse educator roles in the Chicago area, as well as at campuses across the nation and online. Chamberlain offers generous educational benefits for our faculty, including tuition reimbursement, work flexibility and the support systems needed to grow as a nurse educator.