She’s ready to graduate and has already left quite an impression on the Chamberlain University Charlotte campus but how she got to the town she now calls home was luck – “I threw darts at a map and I hit Charlotte.”

Bachelor of Science in Nursing (BSN) student Zendre Strother, who will graduate later this month, started her career as a chemist. During 15 years in the field, she experienced many plant closures and layoffs before she saw a billboard for Chamberlain University – the second sign in her life that indicated nursing was for her.

“When I was about 4 years old, I always had a vision in my head – someone in a lab coat with beakers and syringes… and a stethoscope – so I knew I was supposed to be in medicine.” Gravitating toward medical shows on TV and admiring medical stories from family members seemed to point Zendre toward the healthcare field. But she wasn’t 100 percent sure.

So she dabbled with art in high school and then earned a bachelor’s degree in chemistry, a master of business administration degree and a Six Sigma green belt where she learned techniques to improve business processes. And after all that, she finally circled back to nursing. “There are so many opportunities to advance in this field. I want to take the skills I learned in chemistry and business and bring them into nursing.”

Zendre looks forward to the fast-paced environment nursing offers and becoming “a go-to person who others can rely on.” She said one bonus of nursing over chemistry is the people interaction. “In chemistry, I was mostly in a lab by myself. Now I’m involved with people and I get to interact with the patients and their families. I can be Zendre and be on top of my game to make sure I help them improve their health.”

Learning Life Skills on the Farm

Taking care of people mirrors what Zendre did with animals while growing up in Alabama with her grandparents. “I had to wake up early with the rooster crowing to tend to the animals – the cows, pigs, chickens, ducks and I even had my own goat.” Her grandmother showed her the value of a good work ethic and taught survival skills – like how to hunt and fish and then cook the kills. Grandpa was a carpenter and taught her how to assemble chairs. Together, they taught her to give back by regularly sharing their abundance of sugar cane with the locals.

Giving to others has always come naturally to Zendre who can’t imagine her life otherwise. “I always think – ‘what else can I do?’ Life can’t just be about waking up, washing clothes, going to work, going to bed and doing it all over again.”

Always Finding a Way to Give

So she did something to give back; in fact, she gives back as much as she can. Zendre Steps Forward by reading books and mentoring children in the local elementary and high schools. She helped with registration for Gigi’s Playhouse – a local Down syndrome achievement center, and brought supplies and talked with healthcare advocates at Potters House Home Healthcare. She also participates in a handful of running races – all linked to great causes, and regularly donates blood to the American Red Cross.

Zendre learned plenty about the role of the American Red Cross and other duties during her time in the Army Reserve, which started during college and lasted eight years. “I wanted to learn a trade” so she trained in cable-wire installation, learning how to dig ditches, climb poles and splice wires to name just a few of her talents. “The Army was a great experience; one of the best decisions I ever made.” And it started her on the path of becoming a people person – something she has honed the last few years and is eager to use in her newest endeavor.

“I want to give back to people,” Zendre said about nursing. “I’m going to keep living my purpose and trying to make people see that there’s more to life than just doing your own thing.” 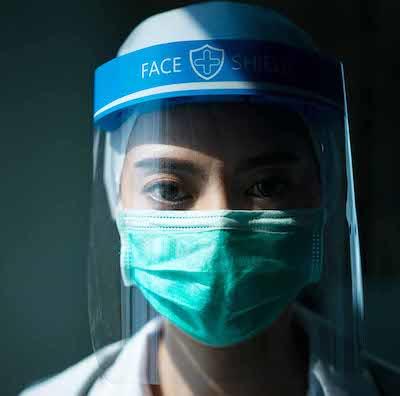