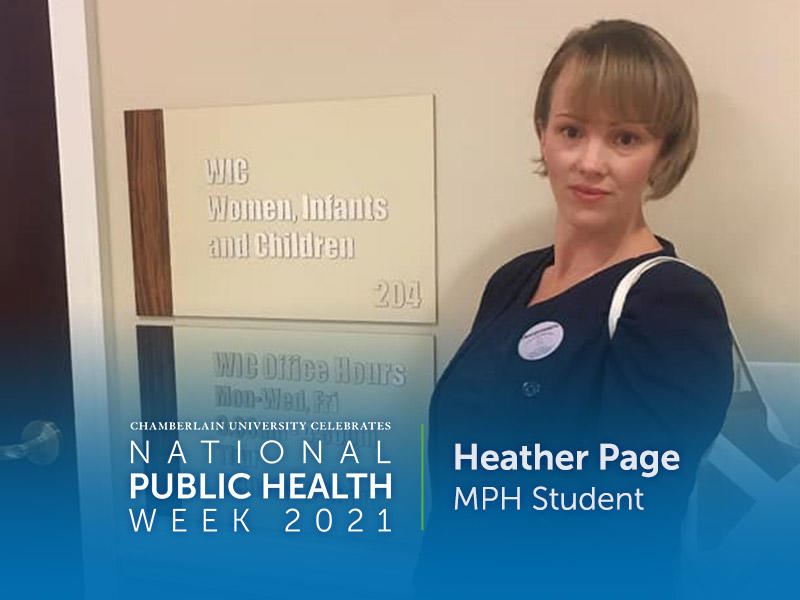 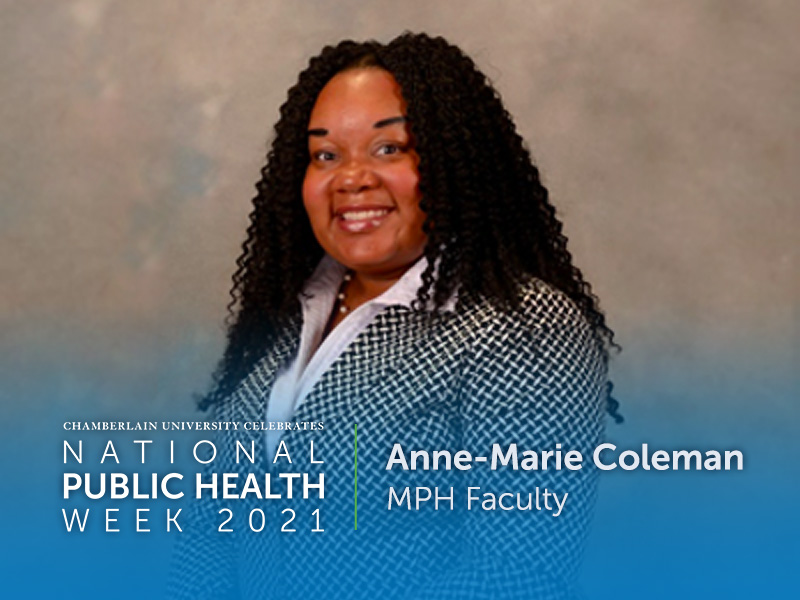 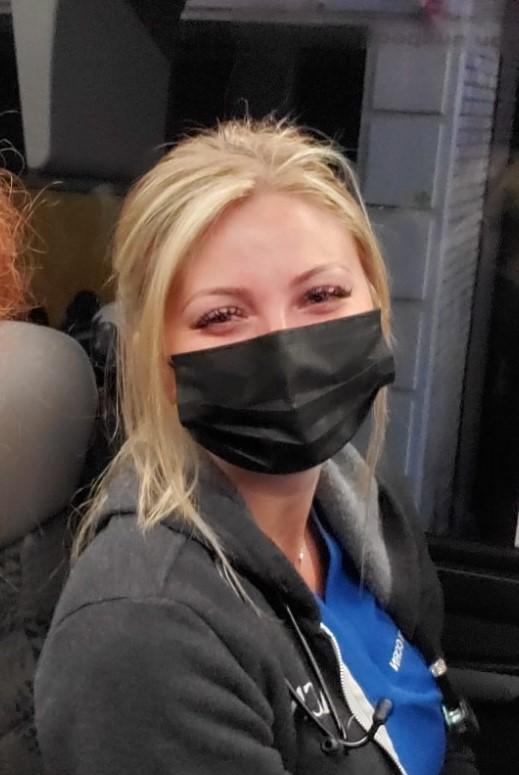 Raised by a family that has repeatedly been called to service and married to a U.S. Marine who spent 11 years in Afghanistan and Iraq, this Texas nurse knew it was her turn to carry the torch when she heard of an emergency disaster relief group recruiting intensive care unit (ICU) nurses to New York. Six months pregnant, Chamberlain Bachelor of Nursing alumna Kelsey Pansa, RN, BSN, CCRN, arrived to witness a city severely crippled by this unforgiving COVID-19 disease and was met with a scene she never expected.

“I was immediately thrown into the fire. I didn’t mind because I thrive in those situations. I had six of my own patients, all on ventilators doing extremely poorly, five to six drips each and unstable hemodynamics. I quickly realized that there was no way one nurse could stabilize all these patients. It takes time and trial and error finding a patient’s ‘sweet spot’ to be synchronous with the ventilator, sedation and pressors for blood pressure. When caring for more than three patients with all this, it is physically impossible to do so for everyone. I felt that it was a huge injustice.

“Nurses are trained to treat our sickest patient first but what do we do when they are all about to code? I yelled out in the unit and asked a doctor ‘why don’t these patients have arterial lines and central lines?’ and then updated him on how horrific they looked. The doctor said they are out of the equipment for arterial lines and short supplied for central lines.”

Kelsey, one of many nurses Chamberlain honors as a Portrait of Courage during this year's National Nurses Week celebration, started her nursing career in Chicago rotating through many ICUs housed in underserved neighborhoods. In Texas, Kelsey works at Memorial Hermann Texas Medical Center in Houston in the neuro-trauma ICU. Her team fully supported her decision to help those in NY, as did her family and obstetrics doctor – as long as she promised to remain safe at all times. “I figured if anyone could do it, it’s me.” Her flight to New York was about 25 percent full and contained extremely sick passengers.

On day one at 5:30 am, Kelsey was “pumped and ready to help and give a new perspective.” She had to maneuver around multiple homeless people blocking the hospital entrance and then joined nurses and medical personnel from the Air Force to a review of dressing and undressing in personal protective equipment (PPE). “We put paper scrubs over our regular scrubs and wore an N95 mask, cap, surgical mask over N95, goggles, booties, surgical gown and gloves. We wore this constantly, in the halls, with each patient. When we entered a patient room, we put a plastic gown on top of everything we already had on and two additional pairs of gloves. When exiting, we used bleach wipes to wipe down the plastic gowns and gloves and then removed the plastic gown and the top two pairs of gloves. Everything else stayed on between each patient.”

Starting in the shock trauma ICU of this hospital, Kelsey was immediately surrounded by intravenous therapy (IV) pumps outside of each room connected to extension tubing to reach the patients – a helpful design for changing the drips often without having to enter the room. “I noticed holes drilled through the walls to run the tubing through. It was extremely difficult to set up, but it worked.” As the days went on, she floated to different ICUs, all with the same theme and some housing multiple patients in one room. “I never saw a patient who wasn’t on a ventilator.

Dealing with the Inevitable

“I was told there was enough ventilators at that time. Some patients were on the normal vents, some on transport vents, some on things I’ve never seen in my life. The hallways were packed with supplies; I could barely get around. One crash cart was used for every patient on the unit because they all needed emergency drugs and pharmacy couldn’t replace them fast enough.”

Tension filled the hallways and the nursing stations. On the overhead speaker, Kelsey said she only heard her coworkers clap a few times to indicate a patient had been extubated – or the breathing tube had been removed. But then, 10 minutes later, she’d hear the stat call for intubation in the same unit. “The little happiness staff had was just taken away because we knew that the patients rapidly deteriorated.”

Trying to describe her 14- to 15-hour shifts, Kelsey said, “imagine you’re riding a bike and the bike doesn’t have brakes. The bike is on fire and it’s going downhill. The bike is in hell. That’s how we all felt.”

Kelsey said she was criticized for working while pregnant, but she said she felt safe with her PPE and knew she was precise and careful. “I knew my skills would keep me safe.” She detailed the struggle with her role – mentally, physically, emotionally and morally. “I expected a horror show but I did not think we would be prolonging the inevitable.”

Within the first week on the job, Kelsey was offered and accepted a clinical leadership role educating those unfamiliar with critical care, preparing newcomers for what to expect and caring for the 20+ nurses who had contracted COVID-19 and were housed in her hotel.

While she admits fear of getting sick, Kelsey said she maintained meticulous decontamination techniques. “I would bleach down my shoes, use a UV light to kill the bacteria on the bottoms, use spray-style sanitizer on my go-bag, strip down and leave my clothes at the door, then straight into the shower. After that I would put gloves on and take my scrubs and wash them pioneer-style in the bathtub.”

Taking Time Out from COVID

Winding down after a long shift was tough but she managed by turning the TV on but only to select stations. “Facebook and the news are my worst enemies. People need to hear what’s happening on the front lines, not from a politician. I dare anyone to walk into the hospitals and see what’s actually happening.”

Kelsey greatly appreciates the love and support from her family, most of whom remain in Chicago where Kelsey and her husband lived until last year. They are proud of her heroic efforts but are also concerned for her health and safety. Her father is a fire chief who runs into burning buildings when others run out. “I think that’s where I get it from.” She describes mom as the “wind beneath her wings” – pushing her to do her best and sending care packages. Kelsey’s younger brother is a U.S. Marine. “I come from a family that sacrifices themselves for others.”

Almost a Family of Three

Her husband, who also served in the U.S. military, is supporting her as well. “Currently, I have no work-home life balance. My husband is taking care of our house and three puppies while I’m in New York trying to save the world. Every night I use a Doppler to listen to my baby’s heartbeat. This gives me even more peace of mind.”

Since arriving in New York, Kelsey said she has a new take on this pandemic, knowing what to do differently in Texas. She emphasizes the importance of non-healthcare workers to do their part. “The biggest thing anyone can do at this point is stay home. It is nothing but a slap in the face to us who are sacrificing everything to help slow or stop this pandemic when people are traveling.”

Nursing is Her Passion

Kelsey’s mom always had an inkling her daughter would become a nurse though Kelsey disagreed. It wasn’t until she enrolled in the nurse’s aide class, she knew her mom had been spot on. During her time with Chamberlain, Kelsey traveled to Haiti and believes that experience sparked her interest in disaster relief. “Chamberlain was fast-paced, challenging and allowed me to explore what I was passionate about. They prepare students with a solid nursing foundation and skills.” She graduated in 2017.

As to how Chamberlain leaders can continue supporting her through this tough time, she said, “By shining a light on what’s truly happening here from us as first responders. Our stories need to be told.”

We appreciate your commitment to the continued well-being of our Chamberlain community and support during this unprecedented time. Please visit the Chamberlain University website for the latest updates regarding COVID-19.

We thank and honor all healthcare workers through our Care for Caregivers website as well as the Chamberlain Wall of Gratitude and thank-you message. 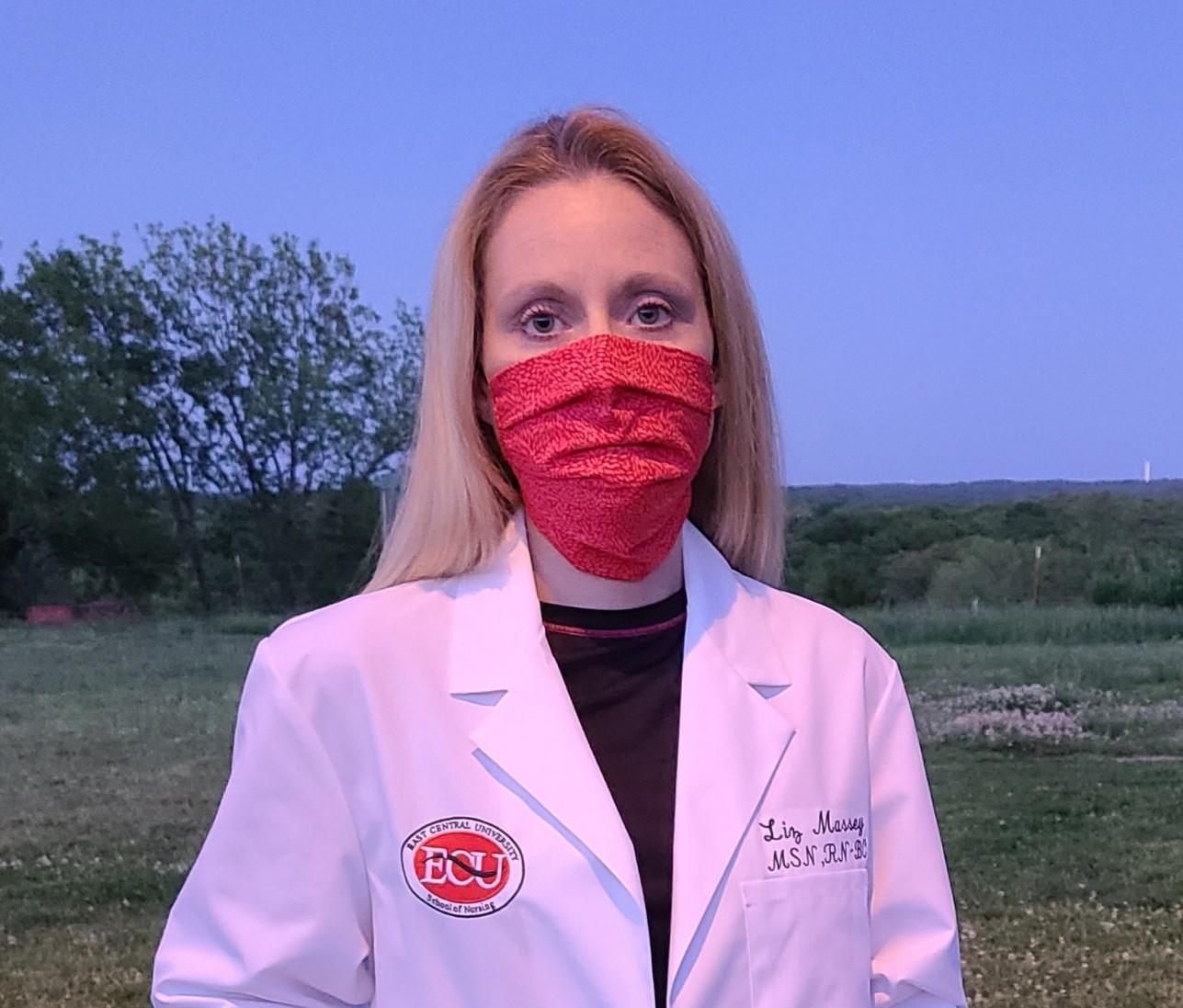 Armed with a DNP, Liz Massey Hits the Ground Running to…
Read more 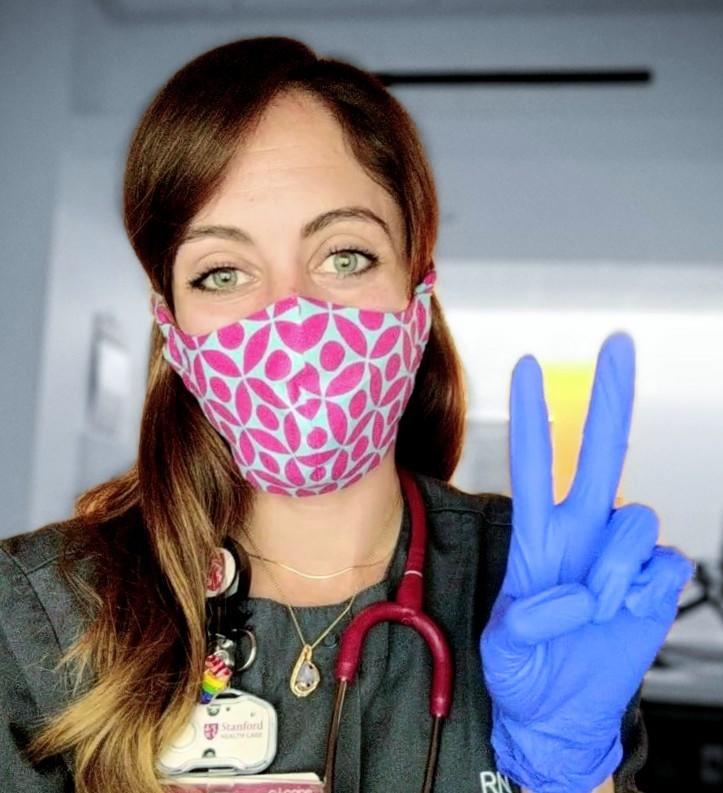 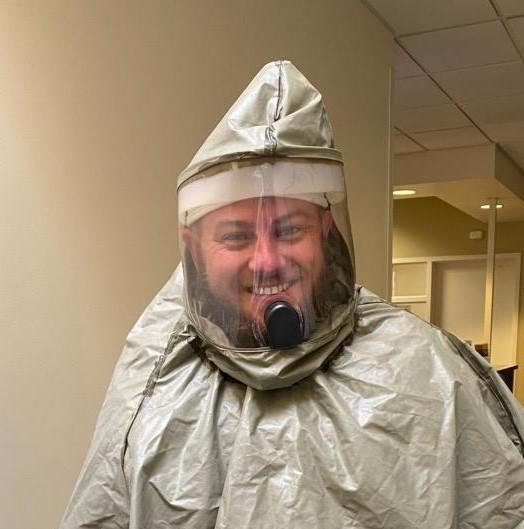