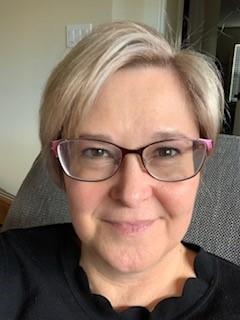 Growing up in West Virginia, colleague Stacey Borasky Ferguson, EdD, MSW, dean of the Chamberlain University Master of Social Work (MSW) program, knew she had to stand up for all those who faced discrimination or were neglected and forgotten. Too many times, she heard ridicule of her state and its people; too many times, she saw people left behind by leaders who didn’t care about Appalachia. “I remember being so outraged by the ignorance and it made me realize that I would always fight for people who were left out, mistreated or made to feel like they didn’t matter. I would fight for justice because everyone matters and everyone deserves a safe, secure life.”

Stacey realized that social work had been a part of her life ever since childhood when her mom worked for the Department of Health and Human Services. “I had this example of someone who chose a career of service for those who were less fortunate, and I didn’t realize how much it influenced me till later.”

Majoring in social work as an undergrad, Stacey didn’t have a plan for a specific area of practice. She interned at a Veterans Affairs hospital during her senior year. Once graduated, she began work with developmentally delayed adults who had been deinstitutionalized and were living in group homes. She earned a promotion to residential supervisor for three group homes – a job she loved but couldn’t keep long term because of an unstable work environment.

So Stacey headed back to school to earn her master’s degree in social work and developed a program with 7th and 8th graders to teach problem solving, communication, how to manage stress and other important life skills as part of an internship. After graduation, Tennessee was calling her name – so she headed south to start a model treatment foster care program for teenagers. And it was such a success at finding permanency for teens, that the model expanded across Tennessee.

Teaching the Next Generation

Soon after that, Stacey began teaching at Middle Tennessee State University (MTSU) and had found her second passion – preparing the next generation of social-work practitioners. She then earned her doctorate in education and established the Tennessee Center for Child Welfare at MTSU, allowing her to help reform the child-welfare system in Tennessee.

“Child welfare has always been a passion for me. I have a special affinity for teenagers in foster care. I know what happens when they age out of care and have no place to go. We need to provide a place where they belong. They need a system that provides them safety, security and permanency.”

A mom of three children – ages 26, 23 and 15 – and three dogs, Stacey and her husband, who’s also in social work, have authored two books together. The power couple wrote innovative textbooks that creatively teach how policies are implemented to serve those in poverty.

Stacey joined Chamberlain almost one year ago and is responsible for overseeing the implementation of the MSW curriculum, course objectives and program outcomes while ensuring Chamberlain’s philosophy of Chamberlain Care® is integrated into the program. Outside of work, she Steps Forward with various organizations such as the Child Protection Roundtable in Texas, the Austin Resource Center for the Homeless, Salvation Army and Rutherford County Council for Children and Youth in Tennessee.

And now after dozens of years in the social-work field, Stacey has the honor of watching her daughter complete the full family circle. She credits her daughter’s engagement with her great-grandparents for her interest in gerontological social work. “No one prompted her; it’s in her blood,” Stacey laughed. “I’m the ‘kid person’ and she wants to hang with the ‘old people’.”

One year ago, Chamberlain University launched its MSW program within the College of Health Professions, debuting the first round of classes in September 2019. The degree program offers two tracks – traditional and advanced standing – and prepares students for both generalist and specialized practice. Highlights of the program include: